Sleep Apnea Info
What are the Signs and Symptoms of Sleep Apnea? 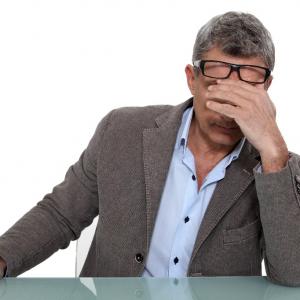 Obstructive Sleep Apnea is a serious sleep-related breathing disorder, characterized by partial or complete blockage of the airway during sleep. The disorder has specific signs and symptoms, some occurring during sleep and some while awake, along with health issues that can be caused by or related to the sleep apnea.

Signs that occur during sleep

Obstructive Sleep Apnea “events” occur when normal breathing is interrupted. These interruptions appear as snoring, breathing pauses, choking, gasping, or snorting—or any combination of these symptoms.

Snoring is a very common sign of Obstructive Sleep Apnea, but it’s not a definite indicator that a person has it. Most people have no direct way of knowing how severe their snoring is or, indeed, whether they snore at all, and therefore need others to inform them that they snore.

When snoring is accompanied by pauses, gasps, and/or snorting sounds, there’s a greater likelihood of sleep apnea. If you’ve actually woken yourself up from your own snoring or gasping, or you simply wake up abruptly, it’s an even stronger sign of sleep apnea. You need a sleep study to diagnose sleep apnea regardless of how weak or strong your signs and symptoms are. Snoring is the most common sign and should always be taken seriously.

Symptoms that occur while awake

There are multiple signs and symptoms that can occur while the patient is awake that may be a result of sleep apnea. One of the most common signs is excessive daytime fatigue. This is often hard to judge from person to person because symptoms vary widely. Some patients may simply feel unrefreshed from sleep, while others feel exhausted, struggling to stay awake while driving, working, and so on.

Morning headaches are another potential symptom, brought on by decreased oxygen to the brain as a result of sleep apnea. Concentration and memory problems can also indicate a sleep apnea problem for the same reason.

In cases of children with sleep apnea, the symptoms can easily be confused with ADD, poor school preference, hostility, and frustration. TMJ and facial pain and grinding or clenching at night can also be related to sleep apnea.

Sleep apnea puts a tremendous strain on the cardiovascular system due to oxygen desaturation, heart-rate and blood-pressure spikes that typically accompany interrupted breathing. For this reason and others, sleep apnea is strongly correlated with high blood pressure, heart disease, heart attacks, and strokes.

The risk of sleep apnea is much greater when a person exhibits multiple signs and symptoms. However, the severity of individual signs may not indicate accurately the presence or severity of sleep apnea. In some cases, a person might have only a single weak sign, but still have sleep apnea.

Sleep testing in a lab or at home is the only way to actually diagnose or rule out sleep apnea. Home sleep testing is very easy, and there’s really no reason not to do it if you’re concerned that sleep apnea is impacting your sleep health or that of a family member. Simply put, if you don’t have healthy sleep, you are not healthy. You are paying a price with your overall wellbeing and the long-term effects can even be life threatening.